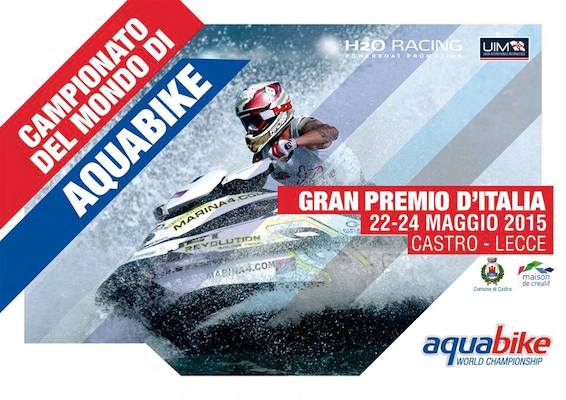 Round 2 of the 2015 UIM-ABP Aquabike World Championship will be held in Castro in the Province of Lecce, Italy on 22-24 May. The stunning ancient City of Castro on Italy’s southern-eastern Adriatic coast south of Lecce, known as the ‘Pearl of Salento’, is gearing-up to host the world’s most prestigious Aquabike Championship and spectators can expect to be treated to a weekend of spectacular racing and entertainment by the elite riders on the UIM-ABP tour.