At Vignacastrisi many people are worth being mentioned. Their stories are the best way to know the true Salento.

You won’t find any light panel or advertisement. Do not write down addresses or phone number. What you need to do is ask, everyone here knows everybody. 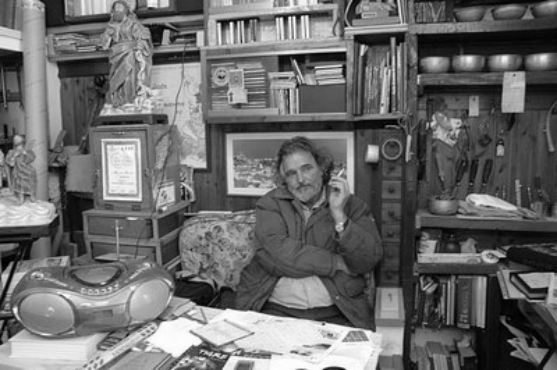 Agostino is an artist: painting, writing theatre pieces. He produces masterpieces in papier-maché. This technique has very ancient origins. It uses paper, straw, iron and flour glue, to create statues often representing saints.
You will find him inside his workshop, an ancient fortified tower, full of any kind of stuff.
He learnt most of the things he knows by himself. He has a deep interest for Geography, History, Art, Literature.
In 1977 he publishes “La Saga dei Ciurli” (Poetry Award); in 2000 “Pioggia non fermarti” (Pieces of poetry) and “Il Cocchiere dei Sogni”; in 2004 “La Notte dei Miracoli”; in 2005 “Le Marine di Vignacastrisi”. Besides this, he published many articles on magazines, he organizes lectures on new books, art and poetry ateliers.

Romeo e Maria
It’s not a shop nor a cheese factory, it’s their home.
If you want to taste their fresh cheese, you’d better go there on early morning because later they finish.
This is an ancient art, though by father to son: from milking to fresh cheese preparation and tasting. 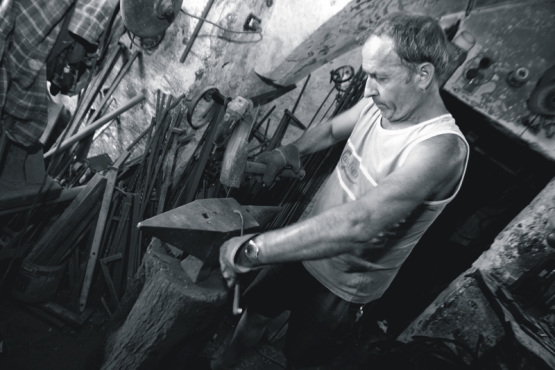 He is the blacksmith, actually he is an inventor. He patented new techniques for the gate opening.
Quotation from “www.fotoup.net”:
“Nunzio welcomes us to his atelier, a real mess of tools, pipes, presses or other objects that sometimes can hardly be associated to the typical idea of the blacksmith that we call to solve problems with keys and locks.
Here you can find sculptures, gravures and many kinds of decorations, together with drawings and notes.
We are not experts, but our first impression is that we are facing a real handicraftsman, a person that represents his art in different ways, from the technical planning to the final product because, as he often says, with iron you can make everything.
As a matter of fact, during his carrier Nunzio has realized various objects: pieces of furniture, public lights for some local towns, theatre costumes and also some devices that have been patented.