The ancient marinas of Vignacastrisi

Few know, but somebody remembers it, that, once, the seacoasts stretching from Porto Miggiano to Grotta delle Striare belonged to Vignacastrisi. These territories were called marinas.

Our forefathers reached the rocks through ancient footpaths to cultivate the small free-rock pieces of land. Here, they picked figs and dried them in the sun. And they did that even under the burning August sun.

You can get to the marinas going out of Vignacastrisi, carrying straight on following signs.

Getting out of Vignacastrisi, go straight on for a few km. Then, driving along the Canali area, turn left and, following signs, you will easily reach Santa Cesarea.

You will be struck by the breathtaking spectacular view of the seacoast surrounding by sheer cliffs.

Your attention will also be caught by the elegant Villa Sticchi, which stands out for its renowned orange-coloured Moorish dome.

In the centre of the resort you will find a health spa, right on the sulphur caves.

Getting out of Vignacastrisi, follow signs and head for the downhill road taking to the sea. After a few minutes Castro Alta will be in front of you.

At crossroads turn left to Castro Alta and right, continuing straight on, to Castro Marina.

In the past Castro Alta had the function to protect the entire surrounding coast.

At a distance you can see the Castle, the watchtowers and the city walls, which tell us about the ancient origins of the village.

The period between the 8th and the 3rd century BC was a time of splendour and opulence for Castro and it went on also during the Norman invasions, when it became a county.

In 1537, more than fifty years after the slaughter in Otranto, Castro fell owing to Saracen incursions.

Do not miss to visit the Cathedral situated in the old town centre of Castro Alta.

Castro Marina is the seaside resort nearest to Vignacastrisi.

What characterizes Castro is its crystal clear waters and its cliffs, which drop sheer into the sea.

Hidden under these cliffs are various ancient sea caves, among which the Grotta Zinzulusa is much more than worth visiting for its historical importance.

After visiting the cave, you may continue to explore the surrounding area enjoying a boat trip along the coast up to the little bay of Porto Miggiano.

Continuing along the coast, very near to Castro, you will find Acquaviva, a little partly sandy inlet in the shadow of unspoilt countryside.

Acquaviva has kept its original conformation of a rainwater gully in the course of time.

Bear in mind that here the sea water is very cold due to the presence of freshwater springs.

Getting out of Vignacastrisi, follow signs to Castro and then to Santa Maria di Leuca.

Drive along the coast road and you will reach Marina di Andrano after a few km.

Do not miss to take a stroll along the charming Lungomare delle Agavi, which winds its way from Grotta Verde (so called because the dawn light creates green reflections inside the cave) towards the peaceful Chianca Liscia, a naturally polished strip of cliff dropping into the sea.

It is the best resort, where you can take a charming walk along the seafront with bar and recreation grounds for children available.

And finally if you go to Andrano Alta do not miss to visit the Castello Spinola Caracciolo.

Otranto, the “Eastern Door”, the most eastern extremity of Italy, has been always considered a natural bridge between the East and the West.

This is proved by the trade relations the town had with eastern countries during its thousand-year history.

On the one hand these relations carried unhappy consequences to Otranto, such as the seize of the town in 1480 by the Turkish.

On the other hand, these contacts constituted a source of culture and progress.

Yet, throughout its history, Otranto was ruled also by the Greeks, the Romans, the Lombards, the Byzantines, the Angevins, the Aragonese and the Turkish.

Among the things to see in Otranto are the Romanesque cathedral, which was affected by the various happy as well as unhappy events characterizing the history of Otranto.

Together with the cathedral is the Chiesa di San Pietro (10th / 11th century), a jewel of Byzantine architecture, with three small apses and a cylindrical dome.

And do not miss to visit the Castello Aragonese, a mighty construction built by the Aragonese in 1485-1498.

The corner towers, which have kept to the present day, have been built by the Aragonese.

Then, the castle was further reinforced by the Spanish who provided it with bulwarks.

Today Otranto is one of the most popular tourist destinations in the Salento.

In the evening crowds of people walk along the seafront. Lights, music, outdoor restaurants, pubs and pizzerias fill the narrow streets of the old town centre making your stroll even more suggestive.

Feel the history at every corner of the town and fall in love with the beauty of ancient building and monuments roaming the lanes of the historic town.
The stone pavement, the white houses, the balconies filled with flowers, the coloured windows, the scent of the Salentine cuisine, the small workshops, the charming shops and the smell of the sea will give you strong emotions and make Otranto a little oriental jewel in a Salentine spot.

From Vignacastrisi it will take 30 minutes to get to Leuca, driving along the coast road south bound or passing through Andrano, Tricase, Alessano and other little villages.

And you will reach Leuca, the “Finibus Terrae”, as the Romans called it, the meeting point of the Adriatic and Ionian Sea, as the story goes, the lowest point of Italian peninsula.

Do not miss to visit the eclectic 19th century villas, where the aristocracy and the upper middle class spent the summer.

To these villas belonged the so called bagnarole, little constructions on the seashore, where women changed and bathed safe from prying eyes.

The bay of the “white town” (as Leuca is called) is hugged by two promontories, Punta Ristola and Punta Meliso, the extreme tips of the Salento peninsula.

The tradition has it that these two promontories are named after the two young lovers, Aristula and Melisso, who were transformed into rock by the anger of the siren Leucasia and obliged to see each other without touching for all eternity.

In the area you will find bars and restaurants
and the port, which is worth visiting by walking along the seafront.

Gallipoli, from the Greek kalè polis meaning “beautiful city”, stretches out to the sea and is divided in two parts, the modern and the “old town”. The last one is located on a limestone island, linked to the mainland by a brick bridge built in the 16th century.

The old town retains its original urban features dating back to the time of the Saracens, a people who lived in Africa but professed the Islamic religion.

You will be stuck by the extraordinary architectural features of the old town. Various palaces, built in different times and styles, mingle harmoniously together overlapping each other.

The old town of Gallipoli is entirely surrounded by a wall with bastions, which, along with the Castello Aragonese, once, defended the town.

The old town centre is a labyrinth of little alleys and narrow winding streets, where typical limestone tuff “courtyard houses”, very close one to the other in such little island, stand side by side with Baroque buildings of great historical value.

Here, what is worth visiting is the solemn cathedral dedicated to Saint Agatha with a Baroque façade in carparo, a local limestone rock.

Gallipoli has become now one of the most popular visitor destination in the Salento, thanks to its wonderful beaches, the unspoilt crystal clear sea and the restaurants, where you can try delicious local fish dishes, and not only, and the

The coast is characterized by mainly sandy beaches and shallow waters.

It extends south to Punta Pizzo and north to Lido San Giovanni and includes a wonderful bay with one of the most beautiful peninsula seacoast, called Punta Suina.

In this area what is worth a visit is Punta Pizzo Nature Park, a natural oasis in the midst of Mediterranean shrublands and dense pine forests.

Gallipoli is not only one of the most popular visitor destination of our Bel Paese but it is also a town rich in history and culture, which each year repeat themselves in a different way.

What makes Lecce a must in your tour around Salento is its richness in art and culture.

The town boasts of having an exceptional monumental heritage and historical remains dating back to Roman, Middle and Renaissance age.

You will be fascinated by the playful fanciful flamboyant Leccese Baroque architecture which extravagantly characterizes monuments, churches and palaces and covers balconies of the historic centre.

The old town, surrounded by its ancient walls, bears the mark of the 17th century, a period of extraordinary artistic cultural ferment.

Behind every corner in Lecce are marvellous stone jewels taking the form of grotesque masks, volutes, saints, caryatids, puttos

(cherubs) and crosiers, carved from the local limestone, the so-called pietra leccese.

This pietra leccese is golden, soft to carve and become hard and amber only with the passing of time.

The monument which best represents Leccese Baroque style is undoubtedly the Basilica di Santa Croce with its richly decorated façade and its rose window, which has become the symbol of Lecce.

Close to the cathedral is Piazza Sant’Oronzo, the big civic heart of the town, and the Castello built by Carlo V in the 16th century.

The square is named after the statue of the Lecce’s patron saint, which is perched on a column erected in the 17th century in honour of the saint, who is reputed to have cured the plague in Lecce in 1656.

Among the most well kept monuments of the ancient heritage of Lecce is the Roman amphitheatre, which is half-buried and occupies most of the square.

From Piazza Sant’Oronzo, walking down Corso Vittorio Emanuele and then Via Libertini, you can reach Piazza Duomo and there enjoy its beauty.

Piazza Duomo is a wonderful example of enclosed square surrounded by the Cattedrale along with the campanile (bell tower), the Seminario and Palazzo Vescovile Palaces.

In the historic centre is a multitude of elegant shops and ancient handicraft workshops, such as those, where papier-mache and pietra leccese are worked. But also workshops of the new generation’s craftsmanship of Lecce, which is promoting the manufacturing of the local materials in a new and innovative way. 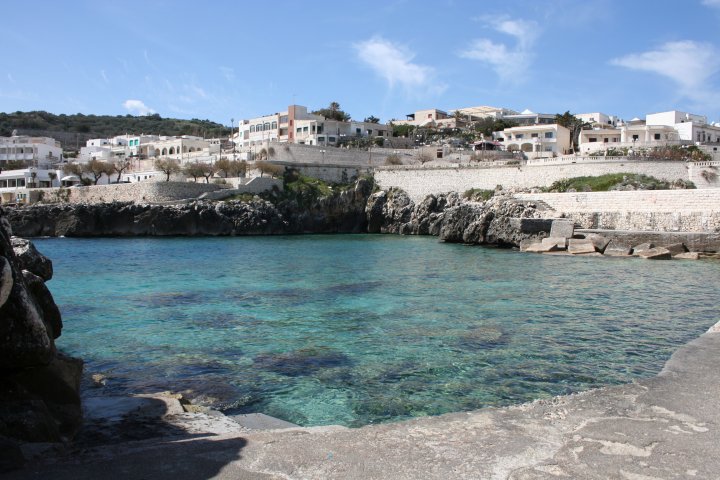 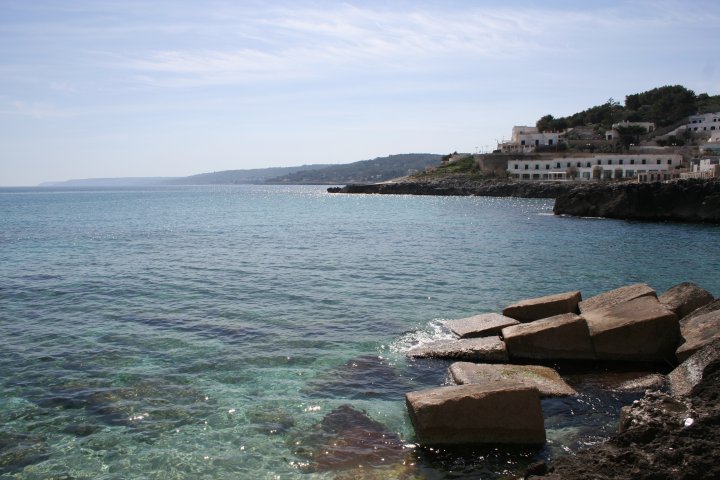 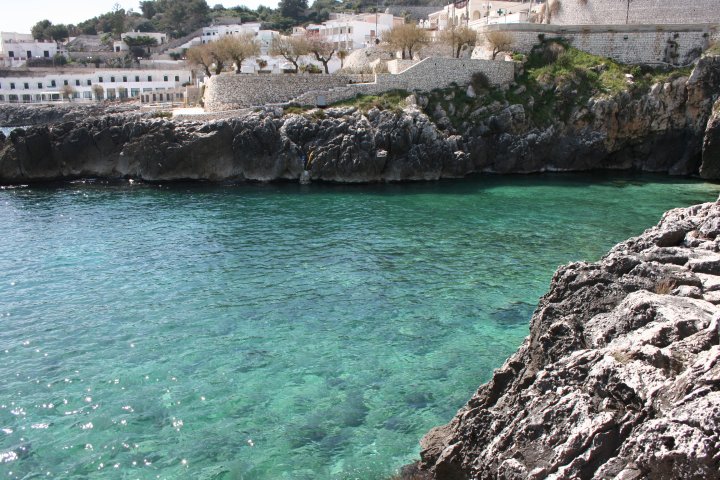